In the northeastern promontory, which no longer appears to be part of India, lies the world’s most rainiest place. There are women from the Khasi tribe who have their own property and are at the center of the community. And the water-soaked soil grows extraordinary living bridges. Behind them you need to descend the slopes of Khasi and Jaintia Hills to the bottom of the valleys. It is in such places that grows a resistant type of fig tree, the fig tree.

Figs, grounded through a dense network of strong roots, resist the annual rage of monsoon-flooded rivers, while their airy roots trap the ubiquitous moisture. By weaving the airy roots for centuries, the Khassians have built paths between villages, not losing contact with them even during the floods.

The Art of Patience

Building one living bridge is not just that. Young air roots are channeled to the distance of 15–30 m, where necessary, by means of channels trenched from betel trunks. The roots need 15-20 years to sufficiently strengthen and kidnap a person. It is true that the higher the tree bridge is, the more pleasing the load can bear. The oldest bridges are estimated to be 500-600 years old and can carry up to 50 people or a horse-drawn carriage.

The building craft is passed on to several families. Unfortunately, tradition is slowly dying out. For locals, it is faster and easier to build bridges using wire ropes than to streamline branches for years. In addition, modern paths are shorter because, while the roots of the builders must lead over naturally occurring supports, modern technology allows them to anchor a new bridge almost anywhere.

Natural bridges and especially the Umshiang Bridge at the village of Nongriat, nicknamed Double-Decker after typical British double-decker buses, are still attracting more and more visitors. The money flowing to the villagers from tourism may force them not to completely reject the root bridges and continue the tradition. 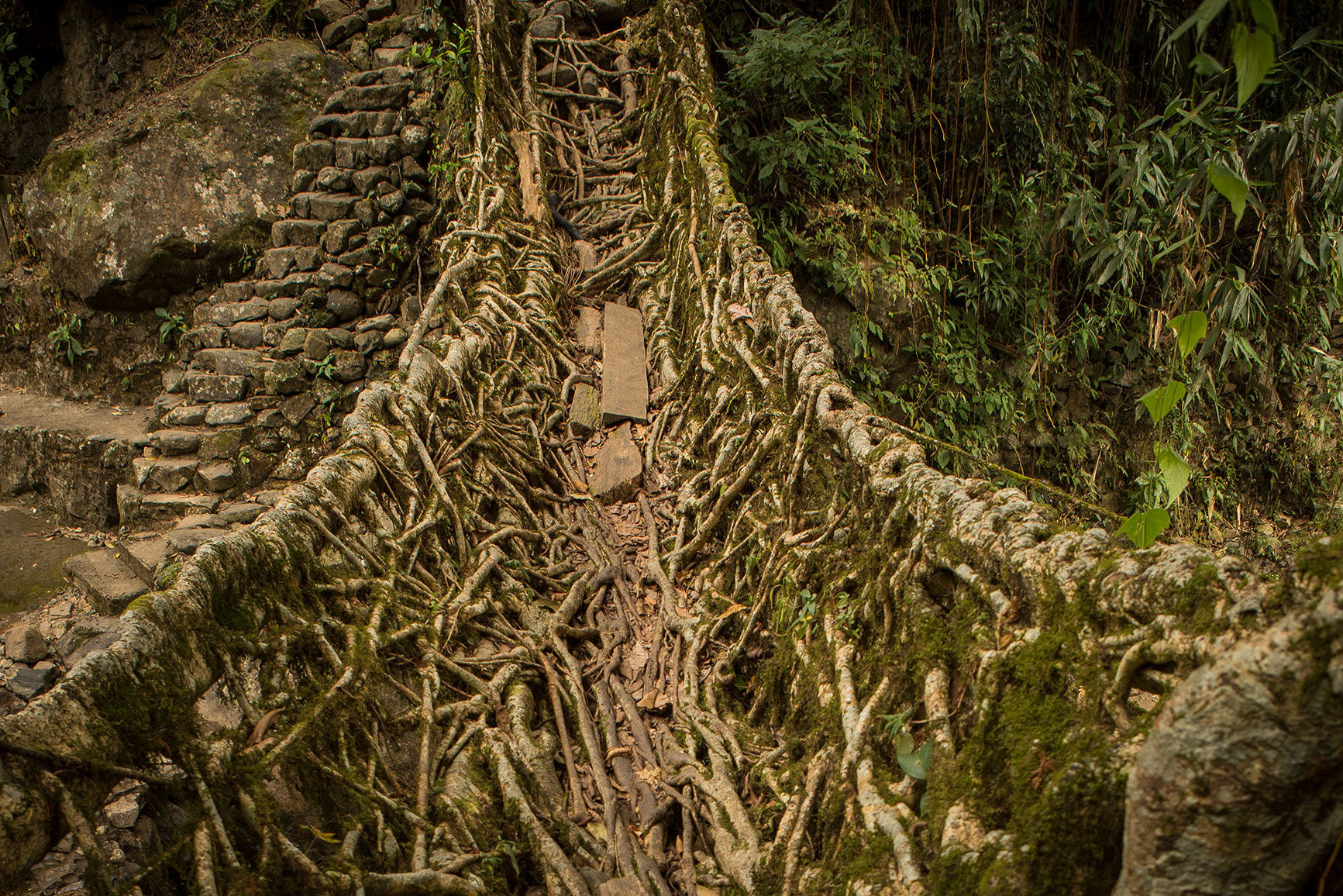 The usual base for a trip to the valley is Cherrapunjee Holiday Resort. Root bridges are its main tourist attraction, so the local staff will advise you on their way.